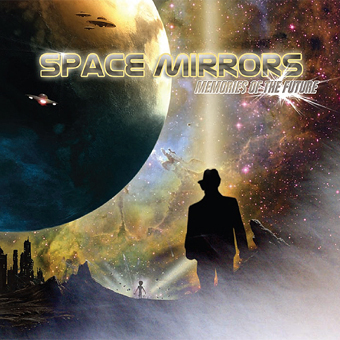 promo info: "Music of this psychedelic space metal band will appeal to the fans of space rock bands Hawkwind, Ozric Tentacles, krautrock/industrial Pressurehed as well as to many Metal and Prog fans - from Ayreon cosmic atmosphere to the strangeness of Sigh and trippy charm of The Gathering. It's the epic album featuring heavy guitar riffing allied to the soaring multi-synths, different types of vocals and pounding rhythms. It's heavy, dark and apocalyptic, some songs have industrial flavour. "

Art and graphics by Andreas Söderlund at mtGrave.com

Music and lyrics by Alisa Coral except tracks 6,7 by Michael Blackman, lyrics for 4 by Amber. Track 11 written by Hawkwind/Robert Calvert. Additional keys on 6 and 'news' voice on 5 by Michael. Recorded at various studios around the world in 2004-2005.
Mixed, mastered and produced by Alisa Coral at KZI Studio.